The Des Murray Scholarship was established by the NRHA in 2000 to recognise Des Murray’s major contribution to the rural and remote health community, and as a reminder of the man and his work. Des was for many years a key player at Commonwealth level in the development and administration of rural health policies in Australia. He then worked for the NRHA and continued to devote himself to improving health and wellbeing in rural and remote areas. Des Murray was a friend to many and much admired.

The successful nominee will be:

Nominees are sought from Members of Council of the NRHA and the Friends Advisory Committee, using the attached Application Form. Nominations will close on Monday 23 February 2015.

Who is Des Murray? 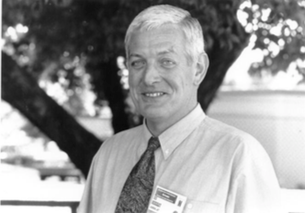 Des Murray, who passed away in June 1999, was a pioneer of public service work on rural and remote health. Des was a gentle and compassionate person who enjoyed extending a helping hand to people in country areas who devote energy and commitment toimproving their own situation. Des’ calm and organised contributions to work on rural health issues stand in marked and ironic contrast to the personal turmoil and anxiety which he bore for the latter part of his life.

Des Murray had a long career in the Australian Public Service, including stints in the Department of Veterans’ Affairs in Brisbane and in a number of areas of the Commonwealth Department of Health.

Des had a strong belief in the importance of teamwork among health professionals. Des retired from the Department in 1995. This allowed him a greater amount of time for his wife, Mary, to whom Des was extraordinarily and publicly devoted, and for his golf, reading and other family and personal pursuits.

Des began work for the National Rural Health Alliance in September 1996 and was the central person in the Alliance’s organisation and management of the 4th National Rural Health Conference. In his work in the Alliance Office Des was warm, supportive and genial. His work was characterised by an extraordinary level of care and meticulous attention to detail. The 4th Conference in Perth, February1997, was a success due in large part to Des’ work.

He then stayed on with the Alliance and organised the National Rural Public Health Forum held in Adelaide in October 1997. Des had the ability to make those who approached the organisation feel welcome and to respond carefully and compassionately to requests for information. The Rural Public Health Forum was the first Conference of its kind in Australia and was a great success. Des enjoyed in particular the sense of being able to publicise and support a number of self-help initiatives in rural and remote areas, and to be able to celebrate the positive future that they showed was possible.

Des had a balanced but positive view of the future of rural, regional and remote areas of Australia. The Scholarship bearing his name is a reminder of his nature and of the great contribution he made.